The message of the founder 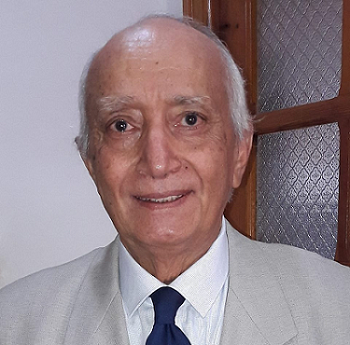 It's exactly 63 years since I started working in this wonderful business: electronics through its different specialties, radio or TSF, black-and-white television, then color, measuring instruments, machines tools with or without programming etc ....
There is hardly any area that I have had the pleasure of discovering.

The most difficult in this long evolution have been the different stages of technological change and their assimilation, after fundamental studies in electricity and radio electricity where there was talk of "Lois" and "Tube" then a first incursion with the galena receiver in the semiconductor, the diode, the transistor, the hybrid circuits, (a first revolution for our entire generation).

The second being the integrated circuit with the new era of logic.
It was necessary to learn BOOLE's greatness, the tables of truth, the scales; the master slaves, etc ...
While notions like "linear, logarithmic, push-pull, cut-off" were familiar to us, we had to adapt to new systems, such as << digital, analog, etc ... >>

At the television level, it was necessary to follow the multiple evolutions of the black and white, 819 | at 625 |, with the first gadget that was << The Decoder >> for the simultaneous reception of the two languages, Arabic and French, for the needs of the television news, then the phase comparator for the improvement of the synchronization lines in the receptions at great distances, then the phase discriminator for FM sound.

Color television !!! and here we have to assimilate the notions of "chroma", "under carriers", "Burst", of PalSecam and all that in one fell swoop.
It was too much! Finally.

In the meantime, in 1969 exactly, I discovered the world of measurement after having been solicited to set up the first specialized workshop in the repair of measuring devices, I began my apprenticeship in this field, with the first training courses with firms: METRIX, AOIP, FERISOL then TEKTRONIX, measurement professionals.

After this first step in the mastery of maintenance and calibration techniques, my goal was the implementation of a mounting unit for the basic products of the measurement, that is to say, the controller, the generator of signals, the power supply and the oscilloscope, but to no avail, the monopoly of foreign trade having put an end to my ambition.

After a period of vacuum that lasted several years, and caused great damage, the first years of 90 have enabled professionals to be rehabilitated under the new laws in the field of foreign trade.

This is how MESURELEC obtained dealer approval from the Mint and Credit Council.

Meanwhile, the Dinar having lost 20 times of its value, the "helping" restrictions and the market become a real jungle on the other hand, it was necessary to deploy big efforts to regain first the confidence of the suppliers interesting and of our traditional customers. It's done today.

I am very happy to have "survived" this terrible crisis and to participate fully in the exercise of my profession at MESURELEC, with a young and dynamic team, and if I had any advice to give to our young people technicians and engineers, I will tell them: This is the best job in the world, provided you have a constant ambition and technical means of documentation and recycling, such as magazines, catalogs seminars, trade shows and especially periodic meetings and sustained communication, whether in an associative or individual context.

In 1994, a great European country had resumed a series of atomic tests for the simple reason that 20 years ago, there was not the same technical means of appreciation and measurement, given the evolution of more in faster and sustained technology.

Rigor and precision in this area are the panacea for the profession. Tenacity and courage offer consecration.

Since the day I discovered William SHAKESPEARE's famous motto, "to be or not to be," my constant concern was "how to be? >>

I wish all my colleagues and professional users, young and old, all the pleasure I feel at each new discovery and the happiness that results.

To my colleagues at MESURELEC I say "have confidence and make up for lost time", and to our customers, you can count on us